A number of officials and ministers when challenged about the internet surveillance by NSA, try to defend by saying that they are only collecting metadata related to your mails, messages and interactions from phone and internet companies and are not collecting the content. The idea that it somehow is no big deal, and people have nothing to worry about when it comes to metadata is ridiculous.

In an attempt to illustrate this, Massachusetts Institute of Technology's (MIT) Media Lab announced a new tool named 'Immersion' that uses your Gmail metadata (eg. From, To, CC, Timestamp) to build a stunning visualisation of your social network (and of your private life).

Here is the link if you want to give it a try: https://immersion.media.mit.edu 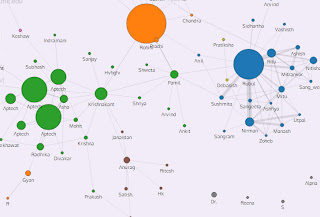